The creation debate last week between Bill Nye and Ken Ham sparked enormous controversy not only in the religion/science communities, but also in every cultural sphere one could imagine. It is never surprising after such debates that each side rallies around its spokesman and offers reasons why its candidate won or lost the debate. These defenses are mostly based on emotional religious commitments rather than on the weight of the evidence or exploration of it and usually produce far more smoke than fire. It never ceases to amaze me that two people can look at the same piece of evidence and come away from it with two totally different interpretations of what it represents.  The debate last Tuesday night was no exception.

What puzzles me even more is when supposedly "Christian leaders" side with the enemy on topics they know nothing about but chastise other Christians who are making a defense of the Bible as God's Holy Word! As Christians, we hold to the belief that the Bible is God's Word to mankind inerrant in all its teachings.


All Scripture is breathed out by God and profitable for teaching, for reproof, for correction, and for training in righteousness, that the man of God may be complete, equipped for every good work.


Scripture is our source book for everything we believe about God, reality, ethics, morality, history, and everything else. God has given us a book that plainly tells us where we came from, why we are here, what God is like, and what he expects from all humans. Although it is not a science book, it lays out the presuppositions that are necessary to do science. For example, Genesis 1:1 says:


In the beginning, God created the heavens and the earth.

Science now believes that there was a "beginning" to the universe and the cause for this beginning was "outside" the created order. I could go on and on about the different assumptions that the Bible provides for the basis of science and the meaning for life. Without these foundational assumptions, mankind is left to drift aimlessly in search of meaning and truth. This is why the Biblical account of creation is so important for understating everything about our lives.

I can well understand atheists and secularists not believing the Bible and looking for their answers about life and the universe somewhere else. What I can not fathom is professing believers in Jesus siding with the opposition when they have failed to even investigate the evidence for themselves. Pat Robertson who is a very influential "Christian television personality" came unglued once again and undermines the reliability of the Biblical story and message. By questioning the chronological and genealogical record as recording in the book of Genesis, ole Pat has helped chip away once again at the very foundation on which the rest of the entire Bible rests.  Watch the following video clip for someone who has gotten off the steady ship of inerrancy and is now sinking in the seas of relevance, worldly acceptance, and so-called scientific authority.


In the Lord I take refuge;
how can you say to my soul,
“Flee like a bird to your mountain,
for behold, the wicked bend the bow;
they have fitted their arrow to the string
to shoot in the dark at the upright in heart;
if the foundations are destroyed,
what can the righteous do?”


The foundations of our nation are quickly being destroyed through humanistic and evolutionary teachings. These ideas rule the universities, media, entertainment, and political worlds, and their logical out workings are reeking havoc on our children and nation. To question the validity of these ideas is blasphemous to the secular crowd and punishable by disdain, ridicule, exclusion, and banishment from the public marketplace of ideas. We don't act surprised when the world treats us this way. What is pathetic is when we are sold down the river by those supposedly on our side.  Pat, your credibility and counsel to us Bible-believing Christians is no longer relevant. You encourage us to flee to the mountain of "science" for safety and truth, but we will take refuge in the Lord knowing that His word is truth and that it endures forever - no matter what you or any "scientist" says!


Many of you may remember the famous movie from the 70's entitled Apocalypse Now! This movie won all sorts of academia and social acclaim for its brutal and supposedly honest portrayal of the Vietnam War. With an all-star cast comprised of such actors as Marlon Brando, Harrison Ford, Martin Sheen, Laurence Fishburne, and Robert Duval, and produced by Francis Ford Coppola, this movie took us on an incredibly horrific journey from the land of the supposedly sane and rational to a gruesome reality devoid of all common morality and social mores. 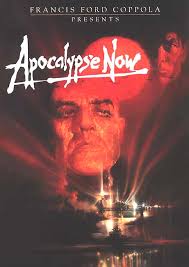 The movie's theme questioned the rationality of different participants in a war that was fought as every man individually decided to how to fight it. The movie pitted different worldviews against each other and left the audience to decide for itself whose worldview - or means or fighting the war - was the correct one. For some in the movie, the war was to be fought according to some type of moral standard that all humanity somehow agreed upon even though they could never identify the supposed code. Others fought the war on their own terms with only complete victory over the enemy the only acceptable conclusion. The ends justified the means to these combatants! The movie itself drew us step by step into a dissonant ethical void where survival of the fittest became the overriding ethical standard for both the good and bad guys.

On Tuesday February 4th, we will once again be drawn into an ethical and moral showdown between two diametrical competing views of life. The organization Answers in Genesis will be hosting a debate between Bill Nye - the science guy - and Ken Ham, Director and CEO of the Answers in Genesis Ministry and Creation Museum. The debate is to be held at the Creation Museum at 7:00pm and will be streamed live on debatelive.org for those who preregister. This debate will discuss the question of "Is Creation a Viable Model for Origins?" Ken Ham will be advancing the positive reasons for the inclusion of the Biblical creation account as a viable origin model while Bill Nye will be countering with reasons for its exclusion as a viable origin model.


Bill Nye, an outspoken atheist/agnostic sees "Biblical creationism" as a hindrance to the advancement of "modern science" as well as the overall progress of the entire world. Never mind that Bill Nye's science show has been off the air for almost 15 years and that he has been relegated to the dust bin of television and fashion irrelevance. To become relevant once again, ole Bill has taken up the "challenge" for the causes of "truth," "real science," and the "American way" and will bravely defend or attack the challenges of creationism come hell or high water.

Ken Ham, on the other hand, sees the Biblical creation account of origins as foundational to true science as well as seeing its necessity for the advancement and positive general welfare of the world. Ken has been lampooned and criticized for his belief by a secular media, and I'm sure this debate will just fuel their rage even more. Bill Nye has been chastised by those on the side of "true science" for his participation in this event. Like Colonel Walter E. Kurtz in the movie Apocalypse Now, Nye is trying to fight a war without the "approval" of those "higher up." Famous atheist, biologist, author and Christophobe Richard Dawkins wrote recently on his web site:


Scientists should not debate creationists. Period. Creationism vs. evolution however is not worth debating. Why? Simple, there is nothing to debate. Evolution is a scientific fact, backed by mountains of evidence, peer-reviewed papers you could stack to the moon and an incredible scientific community consensus. Creationism is a debunked mythology that is based solely in faith. It has zero peer-reviewed papers to back up its claims, it has absolutely no scientific consensus and is not even considered science due to the fact it cannot be tested. Why would a scientist debate this? Nye would do more good on his own going on TV and discussing evolution and the importance of scientific education instead of giving Ken Ham any publicity and a public forum with thousands, if not millions of viewers, to spew his dishonesty. Ham is a snake oil salesmen and Nye just offered him up an infomercial to sell his product. Ham can repeat his mantra over and over; “teach the controversy”.


I do not know an incredible amount about Bill Nye other than I loved his show. However, a Google search only turned up that Nye has nothing more than a bachelor’s degree in engineering and three honorary doctorate degrees. We fault Christian apologists almost daily for trying to ride their honorary degrees, it would seem only fair we hold Nye to the same standard.

So we have Nye, a very smart man with a degree in engineering, not biology, not anthropology, and he does not practice any form of research science. Nye should be credited greatly for his work in education; but as a qualified candidate to defend evolution, especially against the likes of con men like Ken Ham, he is not.

Also piping up on Bill Nye and preparing his "You Tube audience" for the supposed intellectual butt whipping and public humiliation Bill is going to purportedly receive is atheist AronRa. Watch and listen carefully to AronRA's video regarding the upcoming debate. Excuses as to why Bill should not debate Ken Ham are laid out for the viewer and are in effect preparing his followers for a suspected disappointing night at the fights. To AronRa's credit, he volunteers to debate Ken Ham in place of Bill Nye and would be a more "challenging" opponent concerning the topic in my humble opinion! Please, don't send Goliath's armor bearer when Goliath wants to fight!


This debate reminds me of the showdown between the prophets of Baal and Elijah the prophet of God in 1 Kings 18. Both sides entered the "competition" looking to influence and bring others around to their way of thinking. Both sides boasted that they served the "real" God and that their opponent was promoting a lie! The showdown between the two groups was not going to be a bloodless event - this challenge was for the hearts, minds, souls, and future of the audience. Compromise or tolerance of the enemy was non-acceptable! This was a battle to the death.

Debates such as these serve an important function - whether you agree with creationism or not. Open and public discourse is a mark of a truly open and tolerant society were truth is highly valued and error scorned and mocked. The silencing of contrary voices is a common feature of totalitarian societies and college universities where indoctrination rather than education is the order of the day. When the supposed "authorities" of science refuse to fight the battle or answer the various challenges, one can only conclude that their position is not as strong as they would like everyone to believe!

I look forward to the upcoming origins debate, but I fear that Bill Nye is totally out of his league in this matter and will prove embarrassing to the evolutionary side and cause. I'm sure he will try his best and give it the ole college try, but like Colonel Krutz who told Captain Benjamin L. Willard: "Are you an assassin?" Williard: "I'm a soldier." Kurtz: "You're neither. You're an errand boy!" Next time gentlemen, don't send the errand boy to do a man's job! Bring us your best!