While on my way to church at noon on Christmas Eve, I could not help but notice the heavy traffic on almost every road and the hurrying spirit that seemed to accompany almost every driver. Everyone was rushing to get somewhere as quickly as possible. Everyone seemed to be on edge as they rushed to wherever they were going and any real sense of what this time of the year is all about was nowhere to be found. Cars were darting in and around me impatiently. People were quick to lay on their horns if someone was moving too slowly, and facial expressions, moving lips, and obscene hand signs accompanied drivers who were impeded by a slower moving vehicle.


As I got to the corner of Allen Road and Outer Drive, I had my window down because of the mild temperature outside. All of a sudden, I heard church bells ringing. I could not make out the tune they were playing because I was in the middle of the intersection, but I knew that the sound was coming from the Saint Mary Magdalene's Church on Outer Drive. Captured by the sound of the bells, I wanted to hear what they were playing. I pulled over into the S.E.M.T.A. lot at Outer Drive and Allen Road and listened to the music.


I've uploaded a recording of the bells playing. It was a wonderful joy to hear the music and reflect on what Jesus came to do for all of us who believe and the real reason for the season. I hope you'll enjoy the video of the bells playing as your take a couple of minutes to remember why these bells were actually playing and not be like the cars and people passing by without one minute of reflection as to why those bells were being played. Jesus Christ came to liberate us from the hold of sin and death in all of our lives. As free men and women, we should be thankful and continually rejoicing in his gracious and precious gift of liberty and freedom from death and sin.


"Proclaim Liberty throughout all the land unto all the inhabitants thereof..." - Leviticus 25:10


Saturday morning cartoons were a treat many of us looked forward to back in the 60's and 70's. After a long week in school, Saturdays provided all of us kids an opportunity to sit in front of the television and veg out. We didn't have tablets, iPhones, Kindles, PCs or other sources of Internet entertainment to divert our attention from the real world during the week. Cartoons during the school week were far and few between and many times very lame.

We also did not have many stations to choose from to watch cartoons. Channels 2, 4, 7, 9, and 50 in the Detroit area were the slim pickings in those days, and the cartoons were hard to find at any time. My favorite cartoon during the school day, however, was a cartoon out of Canada on channel 9 called Clutch Cargo. Clutch Cargo was famous for the lack of movement in the characters. The only thing that moved in the cartoon was their mouth or their body when they walked. It appeared as if the character was on a pop sickle stick when the entire body was moved. The story line was always the same - some sort of problem would occur and Clutch Cargo would come to the rescue. 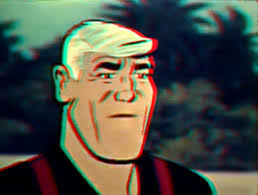 Saturday mornings were different because of the large selection of cartoon that were available in the morning. Each station carried its own syndicated cartoons, and a parent could enjoy a couple of uninterrupted hours of peace and quiet from their kids when the toons were on.

As the 70's wore on, Saturday mornings were taken over by "educational programming" aimed at educating children instead of allowing them some mindless entertainment for a couple of hours. Shows such as Sesame Street, The Brady Kids, and The Big Blue Marble were all produced to "educate" kids on how to properly behave or some other supposedly important life lesson. Most kids couldn't stand them and instead watched shows like Johnny Quest, The Bugs Bunny Road Runner Hour or Fred Ramsey's favorite - Hong Kong Phooey!  When the television studios realized that kids were not into "educational television" on a Saturday morning, they shifted their strategy and began producing "educational" commercials. These studios figured that kids needed to be "edumacated" and were not going to be denied their goals. With this in mind, these stations were going to ram "educational" cartoons/commercials down kids throats whether they wanted them or not!


It was amazing how such simple cartoons and songs left such lasting impressions on that generation. Most of us who grew up in that generation could sing the jingle verbatim or recite the lesson that was being taught. The cartoon and catchy songs embedded the "important" lessons deep into our thick skulls. While thinking about these simple cartoons and the educational lessons they had taught, I came across a video by Chris Rock which have some "educational" lessons for a generation that needs some simple rules to definitely live by. With everything that has been happening in Ferguson Missouri or New York, New York, Chris Rock's admonition and simple rules to us all can save lives and improve community relations between police and the communities in which they serve and leave a lasting impression upon us just like the School House Rock commercials.

***(Please be advised that the language in these videos is VERY course and should only be watched  with the understanding that they are trying to make a couple of very important points.) ***


How often we can avoid unnecessary trouble if we would only use some common sense and remember some simple civil rules. The Bible tells us in Romans chapter 13:1-4:

Let everyone be subject to the governing authorities, for there is no authority except that which God has established. The authorities that exist have been established by God. Consequently, whoever rebels against the authority is rebelling against what God has instituted, and those who do so will bring judgment on themselves. For rulers hold no terror for those who do right, but for those who do wrong. Do you want to be free from fear of the one in authority? Then do what is right and you will be commended. For the one in authority is God’s servant for your good. But if you do wrong, be afraid, for rulers do not bear the sword for no reason. They are God’s servants, agents of wrath to bring punishment on the wrongdoer.


Christmas season is supposedly a time for peace on earth and goodwill toward all men (and women). When we treat each other like we would want to be treated (I think I read that somewhere!) peace and joy are often the result. If we are contentious, law-breaking, and defiant toward each other (especially the police and those in authority), there is no telling what the end results may be. During this special time of the year, let us bring the "Interjection" of the message of peace to a world falling to pieces and not be like "Naughty Number Nine". May we continue to seek the kingdom of the Prince of Peace because it's "Elementary, My Dear!"

With everything that has been happening in our country lately, I thought it might be a good time to bring a little holiday levity to the blogsphere table. If you are like me, then you're probably tired of watching people burn down their neighborhoods, exalt and canonize people who are law breakers, or pontificate to all of us about the real meaning of social justice and racism all the while lambasting police officers as racist bigots. There is only so much one can take before this constant clamor and rhetoric numb the mind and send the stomach into continuous convulsions. Popeye said it perfectly when he said, "That's all I can stands 'cuz I can't stands no more!" 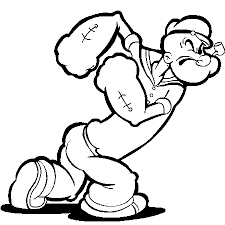 To remedy all this insanity, I turned to the one source of comfort and encouragement that we Christians seem to turn to in tough times. No, it wasn't the Bible or Jesus. It was cable television! Where else can you combine ancient aliens, weather disasters, holiday cybersales or a quick emotional spiritual song from Jimmy Swaggart with just the press of a simple button? The wonders of television never cease to amaze me, and there is nothing like a trip down memory lane during the Christmas season to brighten one's mood and bring back a more properly focused mindset. Television can make that happen in a New York minute.

The other night, I came across an old Dragnet episode that I had never seen before. The episode was titled: Dragnet, The Big Little Jesus. It apparently was a very popular holiday episode back in the day, but had lost its sense of appeal to more modern Christmas specials such as A Very Brady Christmas or The Star Wars Holiday Special. I must admit, how can any old black and white Christmas special compete with shows like those? Even so, the Dragnet, The Big Little Jesus was such a popular Christmas special that it was even redone in 1967 with Harry Morgan playing the part of Bill Gannon.

While watching the old program, I couldn't help but think Mark Hogan probably wrote the script with its corny, stiff but serious one liners, its overly dramatic and dry acting, and its misplaced sense of police priorities. Leave it to an ex-fireman to capture lawmen at their finest!

I've downloaded the Dragnet program for your holiday enjoyment. Please watch it before finishing the blog!

When I was a police officer, I had a friend on the department who put out a Christmas creche every year in front of his house. He loved that Christmas creche and tended to it with great pride and dedication since he spent a large sum of money on it. When he would set it up each year, he would position each figure just right as to be seen by those traveling down the road. Lighting was essential to the proper display of his creche and any obstruction of it was immediately destroyed or carted away from his beautiful creation. He watched over his creche like a mother bird protecting its young from would-be thieves and constantly worried that something would happen to his precious baby Jesus. The reason he worried so much about his creche and baby Jesus was because he knew my sense of humor and knack for playing practical jokes. He had it in the back of his mind that I would "kidnap" his baby Jesus one day or night and hold him for ransom or deface him in some belligerent manner. I must admit, I did think about driving by his house very often and "stealing" his baby Jesus just for the joy of thinking about his reaction to seeing it GONE!


The reason I downloaded the Dragnet Christmas show and told you about my old friend's Christmas creche was to illustrate an important idea. "Jesus" has been taken out of the Christmas season in many instances, and the celebration has been replaced with emptiness, confusion, and a counterfeit sense of what the holiday is all about. Santa, Rudolph, Frosty the Snowman, or a host of other holiday impersonators have "stolen" or "replaced" the real Jesus and have provided us an empty and unfulfilled shell of the real celebration.

During the next few weeks, let's not let our "Jesus" get stolen or replaced. Let us be diligent in watching over our hearts and be ever mindful of the counterfeit impersonators who seek to distract our attention from the real meaning and celebration of Christmas. Although we have heard these cliches numerous times at this time of year, may we keep Christ in Christmas and may Jesus truly be the reason for the season! 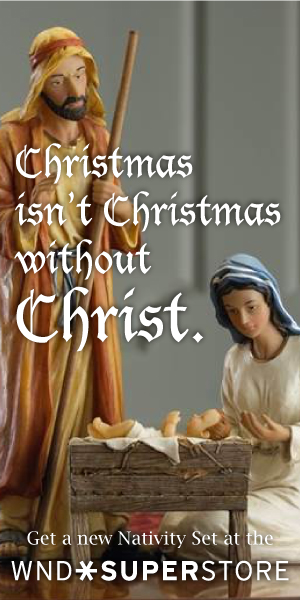