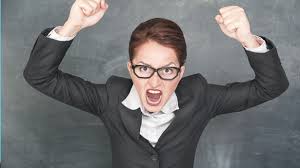 In our post-modern world with the redefinition of all cultural and social institutions, there always seems to be a person or group that just won't go along with the current trends. Whether it's the acceptance of homosexual marriage and accompanying rights, unlimited abortion, creation of new constitutional and human rights, secular education, pragmatic politics, or whatever, there always seems to be a group that just doesn't get it according to the modern day cultural influencers and changers. The people continually pontificate to the rest of us that our way of seeing life is the incorrect way to see it and adamantly demand that the rest of us should reinterpret our worldview through their eyes and get in line with their thinking.

I recently found a video that shows the importance of a father in a young child's life. We have be told over and over by "professional" psychiatrists, psychologists, sociologists, politicians and so-called child educators that a child can grow and develop "normally" in an assortment of different families. There is no need for a father we are told, that idea went out years ago, and two women or two men can raise a young boy just as well as a traditional father can. Our current culture is definitely a reflection of and awash in that type of thinking along with the assortment of problems that accompany it.  Watch the following video and see if a real father is important in the life of a young man.


As society continually moves away from rationality into irrationality, Biblical as well as traditional common sense ideas will continue to undergo a radical and destructive transformation. Society itself will go the way of a house built on sand unless the culture is recaptured and reformed and set on a foundation of stone. As Christians, this is part of our "spiritual walk" in fighting against the quickly rising tide of humanism and it's our duty to fight against its advances. To surrender or ignore the cultural landscape and direction is to open wide the doors for intolerance, discrimination, perversion, and persecution - the very labels that are now used to marginalize and demonize Christians.

Jesus once rebuked the Pharisees because they did not know who their "father" really was. His rebuke was stinging and illustrated that their behavior indicated to all that they really had no idea what their "heavenly father" was like or what he wanted. They grew up as spoiled brats believing that the world revolved around them, making their "children" twice the children of hell that they were. When their ideas about their heavenly father and everything else were challenged, they responded with mockery, spite, and anger and attacked Jesus ferociously! They serve as an example of people today who want to define everything according to their own preconceived ideas about what is right and wrong behavior or thinking. When this happens, a nation quickly slips into confusion, turmoil, and revolution.


As the children of God, let us boldly, defiantly, and undauntedly face all the cultural issues that confront us and provide scriptural answers to these. May we refuse to be intimidated by the chants, threats, and slights, and instead stand confidently in the midst, proclaiming the Word of God without apology - because we know who our daddy is and what he expects from us!