“When I use a word, it means just what I choose it to mean—neither more nor less.”
Humpty Dumpty


Almost everyone has heard the children's nursery rhyme about Humpty Dumpty.

Although this is a simple children's rhyme, there is a great deal of truth we as Christians can glean from this small lesson. I was thinking about the current debate over homosexual marriage and a host of other current social, political, and moral issues when I thought of this particular rhyme. It occurred to me that many of the current "hot button" topics are like the 10 Humpty Dumpties sitting on the wall in the video. Each Humpty Dumpty represents an issue that was firmly seated on a secure foundation (wall) in our culture, but somehow "fell off" the wall and could not be put back together again!

The list could go on and on, but I think you get the picture. How did we ever get to the place where each Humpty "fell" and was unrepairable? Was it a sudden push, a shift, and acceleration in the wind, a faulty foundation, an earthquake, an unlevel wall or a process of gravity working over a long time period moving Humpty ever so slowly towards his demise? Maybe it was a combination of all the listed possibilities. Whatever caused the "fall," destroyed old Humpty and made a mess all over the place. 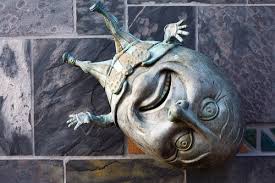 Recently, we've been inundated with news stories where long-held definitions and beliefs have been cast down and smashed. Like Humpty, these ideas, we thought, were secure and stable, but something tilted them toward destruction. Once Humpty began to fall, destruction was inevitable. Once smashed beyond repair, something had to take Humpty's place on the wall. The question is what would it be and would it look anything like the traditional Humpty?

Psalm 11:3 says:
When the foundations are being destroyed,
what can the righteous do?”

Let me give you a few examples of new "Humpties" replacing the old "Humpties. Take for example the recent discussion of Caitlyn/Bruce Jenner and his transformation from male to female. His revelation to us was applauded and acknowledged as "courageous, progressive, liberating and inspiring." Anyone who criticized his actions was attacked as bigoted, intolerant, insensitive, old-fashioned or a host of other abusive and derisive terms. 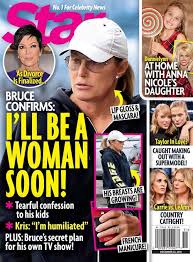 Then there is the definition of marriage that is about to be cracked beyond repair. Marriage used to be between one man and one woman (in Christian society, anyway), but now is being redefined for whatever is the popular flavor of the week. Once again, anyone who disagrees with the current relabeled package will face swift criticism.

How about Rachel Dolezal - the Caucasian woman who pretended to be black and worked as a head for NAACP in the state of Washington? When it was discovered that Rachel was really white, it set off a national firestorm and debate over "race identity." Former standards of reality were set aside and replaced with subjective standards and "self identification" replaced objective standards of male/female, white/black, crazy/sane, and right/wrong!

Last, but certainly not least, was the transformation of Daniel Avner into a female cat. Daniel spent approximately 14 years and a ton of money to "morph himself into a feline, complete with whiskers, ears and a mechanical tail"! "Shannon Larratt wrote in a blog post that Avner had tried to adopt the spiritual essence of the animal world. He said tried to transform “himself not just into a tiger, but a female tiger at that, blurring and exploring the gender line as much as the species line."

From male to female, white to black, man to woman, human to animal, or whatever, the boundaries of sanity and reality have been erased and everything is now open to redefinition and acceptance!  The old order of things has passed away and all is becoming new.

Cornelius Van Till once wrote, "Christian theism is the presupposition of all meaning, all rational significance, all intelligible discourse. Even when someone argues against Christian theism, Van Til said, "he presupposes it, for he presupposes that rational argument is possible and that truth can be conveyed through language". In other words, when people reject the God of the Bible as a reference point, they also reject His imputed meaning towards everything and what can be truly known about reality!

As Christians, we live in a culture growing more and more schizophrenic. It is imperative that we continue to obey and stand on God's Holy word as our standard for right and wrong. A house built upon the sand - hearing God's word but not obeying it -will lead to catastrophic consequences in our land and to our loved ones. Instead of cowering in fear and anxiety from the modern day Babylonians, may we accept the challenge and speak to a culture devoid of direction and understanding. 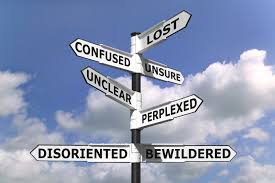