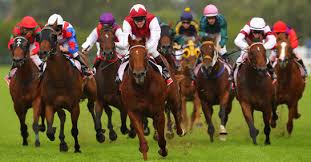 When I was in high school, I went to the horse race track with a couple of close friends. I had never been to a horse race and had no idea what to expect. The only thing I knew was that I was going to win a lot of money there by betting on the winning horses in each race. What made my plan fool proof was the fact that one of my friends who was going with me to the track had a father who knew the horses like the back of his hand. My friend's father went to the track every day and had even given his son some winning tickets from the previous day to cash in for his own personal use. His only request was that when his son went to the track, he was to "box" in three horse in a certain race in order to win the trifecta.

A trifecta for those who do not know is a race in which a person who bets must correctly pick the top three finishers in the race. You can bet on the exact order or you can "box" in your three picks. "Boxing" in your picks means that it does not matter what order the horses come in as long as those three horse finish in the top three spots. The odds for getting the horses in the correct order in a regular trifecta are astronomical while getting the horses to finish "boxed" is high but not unreasonable. The payout for a regular trifecta pick is much higher than a "boxed" pick but both payouts will bring dollar signs to one's eyes and a bankroll to one's wallet.


When we got to the race track, I placed a couple of $5 bets on different races and lost them all. My horses did not even come close to winning the races even though they were the "favorites" according to the racing forms I had or the drunks I was sitting next to. When it came time for the trifecta race, I was going to bet the three horses my friend's father had picked, but I was going to "box" them in. If I won, I stood to win $27,000 dollars! Having lost about $20 already, I was only going to spend $5 more since I didn't have much more money to waste on a sport for which I was quickly developing a bad taste in my mouth. I asked my friend for the horses information that his dad had given him but he refused to give it to me. He then launched into a filibuster about how gambling was wrong, that he wasn't even going to waste his fathers money on the picks he had given him, and that we should understand that playing the horses was one of the dumbest things we could do with our hard earned money. Well, his lecture worked, and I was shamed from betting on the trifecta along with his dad. As the race began, I was rather proud of the fact that I was not going to lose any more money on the horses and I sat there smugly laughing at all the fools who were wasting their hard earned cash on these dumb horses.

The race began with no expectations from me, but quickly brought about a sense of impeding doom. The three horses that my friend's father had picked were leading the race! Well, the race was still along way from the finish, and I was sure that those horse would tire and fall to the back of the pack. The race went into the final turn and those three horse were still in the lead-by a long distance! As the horses crossed the finish line, they were in the precise order that my friend's father had picked them! I sat there dumbfounded and in a complete daze! Needless to say, my friend was in a complete daze also because he did not bet the horses his father TOLD him to bet! I kept looking at the finish board in the infield of the track with the number $27,000 flashing over and over. If I had only listened to my friend's father and followed his advice, I would have had more money in my pocket than I could imagine. But, no, I had to listen to my friend who knew as much as I did about horse racing! I was sick to my stomach and so was my friend. I was absolutely furious with him because of his "wise advice." I was sure at that point that his father was going to be even more angry.

Christmas season brings with it a lot of voices dispensing advice on what we should and shouldn't do during this beautiful time. A wonderful treasure remains for those who listen to good advice and disappointment and frustration for those who listen to bad advice. Experience in making those decisions can make a big difference in how we will either enjoy or suffer during this Christmas season. At Downriver Christian Community Church, we have provided some "wise advice" for getting through the holidays this year with the trifecta of  love, joy, and peace that only Jesus provides. Check out the DC3church.org website for the Advent season devotionals and church member's ponderings. Make this season special by reading the scriptures and watching the videos daily-I guarantee-you will hit the trifecta of blessings instead of the slough of despair! 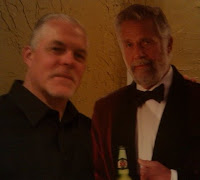