The Curse of the Gentleman's Cup! 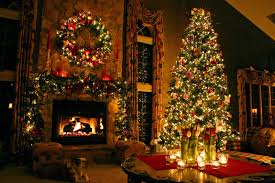 One of the most fascinating things I enjoy doing is watching someone else decorate a Christmas tree. There is an art form attached to it and it rivals, in my mind anyway, a master sculpture, musician, or artist at work. The coordination of all the colors, decorations, room placement, and presents can be a site that is awe inspiring, skillful, and magnificent. The decorating of the tree can last hours and bring tons of personal satisfaction with its completion. On the other hand, the decorating of a Christmas tree can also bring frustration, anxiety, and an irritable disposition that can turn the whole project into one big headache! 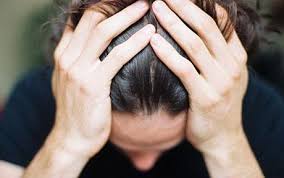 Just recently, I happened to stop by the Medrano household for my weekly cup of coffee and visit. It is an enjoyable time for me as I leave all the problems of pastoring behind, slip into the Medrano house, have a nice warm cup of java, and torment Donna and her guests with my lame humor and demanding personality. On this particular visit, Donna unfortunately committed one of the most egregious sins one could commit - the coffee was not made or ready for an uninvited guest! This foible of common decency brings with it a curse - a curse that is known to all in Downriver Christian Community Church as the Curse of the Gentleman's Cup!  The curse began eons ago while I was at college and brings with it disaster after disaster to the one who violates it sacred observance! 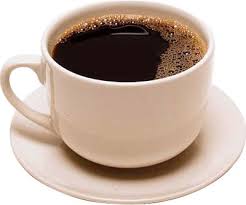 The curse began at a dinner table in Ypsilanti when my common group of friends were joined by a new person seeking a place at our college dinner table. This place was reserved for only those worthy enough to know us and to be allowed into our close circle of fellowship. One day, we were joined by a "new prospect" who had never sat by us in the past. When dinner was over, he was required to go and get hot coffee for everyone at the table. This was an initiation into our group and showed the rest of us that the "new prospect" had the "right stuff" for hanging out with us. On this particular day, the "new prospect" refused to go and get coffee for the rest of us. His behavior was met by gasp and horror because he had violated the code of the gentlemen's cup! There could be only one response to such a brazen defiance of the code - judgment! As soon as the "new prospect" sat down, someone was walking behind him with hot coffee and accidentally tripped over a leg of a chair. The coffee they had been holding was now spilled over the "new prospect." Our entire table buckled in laughter at the "new prospect" and his new aftershave aroma of coffee. 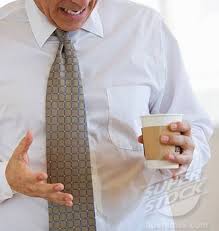 The very next day, the "new prospect" was given a chance to redeem himself after dinner by going once again to get us a coffee. The "new prospect" once again refused the request and defiantly sat down at the table. Approximately 10 seconds passed when someone with red pop walked behind him, tripped on a chair, and spilled the pop all over the "new prospect." Once again the table erupted in laughter and ridicule...and so the Curse of the Gentleman's Cup came to be feared and respected.

Now Donna's lapse of judgment in regard to the curse was not going to bode well for her household that day. Donna tried to ward off the curses impact by immediately putting on a pot of coffee, but it was too late. The curse had already been set in motion. As I sat in the living room talking to Donna and waiting for the coffee to brew, her husband, Eddie, sat down and joined in the conversation. Our conversation was directed toward Donna's Christmas tree, which had been decorated with great care and love, when Eddie got up and went over to get a closer look at the tree. I watched Eddie as he meticulously searched the Christmas tree looking at each and every ornament, asking Donna who they were for and how long she had had them. He then got a puzzled look on his face and asked Donna, "Where is my ornament? You know, the one for my Charlie Brown Christmas tree?" Donna had a look of confusion and great concern on her face and told Eddie that she did not know where his Charlie Brown ornament was.


Eddie continued to look for his ornament as his Charlie Brown tree sat barren on the Medrano dinner table. The tree was just like the Charlie Brown Christmas tree in the Charlie Brown Christmas cartoon special. As Ed continued to look, he grew more and more animated. "Where is my ornament?" he repeated over and over. Like the sound of the citizens of Whoville singing on Christmas morning, Ed's complaining grew louder and louder! "Where is my Ornament?!"  For 20 minutes, Eddie searched for his ornament like the old woman in the Bible searching her house for her lost coin. "It's got to be here," he said over and over. I noticed Donna grow more and more uncomfortable with each passing moment. "Donna, where did you put it?" he continued to ask and demand of her over and over. "It's a large red shiny one with an Ohio State emblem on it..." Eddie muttered to himself. Finally, Donna worked up the nerve and said, "Eddie, I think it got broken last Christmas...!" There was a momentary pause of shock and awe on Eddie's face at the sound of Donna's words. "What did you say?" Eddie quietly asked. Again Donna said, "Eddie, I think it got broken last Christmas season!" "Nooooooooooooo," yelled Eddie, "not my Charlie Brown Ohio State ornament!" Ed melted on the floor in anguish like the Wicked Witch of the West in the Wizard of Oz, distraught over his precious good luck ornament and the fond memories it supposedly held for him.


As Eddie lamented the loss of the ornament, I couldn't help but think that the Curse of the Gentleman's Cup had struck again and was a sign to him of impeding doom and disaster for his Ohio State Buckeyes in their championship game against Michigan State. If only Donna had the coffee ready when I arrived, I'm sure that ornament would have been found intact and ready to be placed once again on Eddie's Charlie Brown Christmas tree. I'm also sure that his Buckeyes would have beaten Michigan State in the Big 10 Championship football game and would have allowed Ed to once again thumb his nose at all Michigan and Michigan State supporters. But the curse said otherwise!


As we celebrate the Christmas season this year, may we concentrate on the many blessings we have and the great memories that accompany those blessings. Like the care and joy that goes into decorating a Christmas tree such as Donna's, may we put even forth a greater effort in our witness for our Lord and Savior Jesus Christ. May we reflect His character and passion this season and not get caught up in personal disappointments like Eddie Medrano. May God richly bless you and your families this Christmas season - and GO BLUE, GO STATE!

Eddie had a Christmas bulb
and it was as red as it could be,
He looked and looked for it upon,
his 2013 tree.

He searched and searched
with all his might,
but the bulb was not there at all,
It made ole Eddie cry and cry
and hit his head against the wall

"I loved that bulb!" ole Eddie cried
"It was as shiny as it could be'"
with an Ohio State label on its front
for all the world to see.

I need that bulb for sentimental reasons
and luck for my beloved Buckeyes
and if I don't find that bulb
someone's gonna die!

But the bulb got broken last Christmas season
it fell upon the floor,
and shattered into a thousand pieces
and now it exists no more!

O, somewhere in the Medrano house,
the coffee smelling strong,
Somewhere Donna's grandchildren are playing
with their new toys by the back door.

Somewhere Donna's cooking
and making food to eat
But Eddie's bulb is gone for good
and his beloved Buckeyes got beat!