A Rose by Any Other Name!


(Sarcasm alert...) Anyone who knows me well knows that I am the old sentimental type. Old romantic movies, romance books, black and white photos from the 50's and 60's, and cuddling next to a warm fire with a cozy blanket wrapped gently around me while dressed in my flannel pajamas are just some of the little pleasures of life that I constantly look forward to as the new year begins. Also on my list of things I look forward to doing as a new begins is watching the Rose Bowl Day Parade. (Sarcasm alert again...) Forget the football game with all its violence and self-absorbed barbarian macho men trying to kill each other, the parade makes me smile with childhood excitement as the beautiful floats roll by for all the television cameras and world to see. 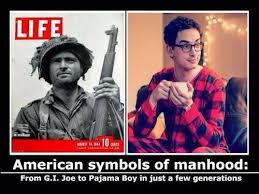 This past Rose Bowl parade may have been the best one I have ever seen. The weather was beautiful, the crowd excited, the floats incredibly decorated, and the television coverage sensational. Various bands played wonderful marching music and different marching groups marched in synchronized harmony.  But there was one thing that truly took my breath away and made me grab a couple of Kleenexes from my already depleted pile. It was the float of the two gay men reciting their wedding vows in front of millions of adoring onlookers and supporters. What a display of courage, love and commitment. How could one not well up with tears of emotion at the scene unfolding before one's very eyes.

I'll have to be honest with you. My eyes did swell up with tears with what I was seeing on the television screen, but it wasn't with tears of joy and pride. They were tears of sorrow and dread at the scene being championed before an adoring parade audience and television commentators. Two homosexual men along with a supposedly female "minister" of God's Word paraded down Colorado Boulevard high atop a float, waving and blowing kisses to all. Never mind that the people of California have twice voted overwhelmingly to affirm marriage to be defined as between one man and one woman. What does the common rabble of California know about constitutional law or universal human rights anyway? Clearly all these people need their worldview to be corrected by a politician or judge who can correctly interpret the law as "the founders really meant it to read." Popular social propositions that do not currently line up with a politically-correct mindset are rushed into local courts of "law" where like-minded judges, mixed with some legaleses jargon pronounce before all the world the constitutionality or non-constitutionality of a particular cause. With the wave of a judge's hand, law can be twisted and turned to mean anything the magistrate inclines it to be.


Maybe one of the funniest and most hypocritical facts about the event itself was the contrast between natural and unnatural. The Rose Bowl parade prides itself on the fact that "every inch of the float must be covered with flowers or other natural materials, such as leaves, seeds, or bark," according to tournamentofroses.com. Unfortunately this year, this particular float was "covered" with the most "unnatural" covering of all-two homosexual men getting married! Shakespeare wrote that a rose by any other name would still smell as sweet. What he was trying to convey to his reader was that it did not matter what you called a rose - its beauty and aroma would not change. The same can not be said for the word "marriage." When society or some ruling elite(s) changes the definition of the meaning of marriage from one man and one woman, the definition now becomes unrecognizable and open to anyone's definition. Marriage by any other name is NOT marriage and becomes "unnatural."

The year 2014 promises to be a year in which many other "parades of  perversity" will be hailed and celebrated as natural and progressive in our evolving cultural and societal understanding. Those who refuse to go along with the "parade" will  be isolated and demonized even more for their beliefs. Psalm 12:8 says, "The wicked freely strut about when what is vile is honored among men." Isaiah 5:20-24 states, "Woe to those who call evil good and good evil,who put darkness for light and light for darkness, who put bitter for sweet and sweet for bitter...for they have rejected the law of the Lord Almighty and spurned the word of the Holy One of Israel." The task before us this year is a greater commitment to God's Word as the ultimate standard for right and wrong in all of life and adhering to it ourselves wholeheartedly as we continue to battle the ever rising tide of humanism.

May God grant us the strength and courage to boldly proclaim His uncompromising standard as we seek to reform the culture of our day with the good news of Jesus Christ, no matter what the cost!