Flooding newspapers and news sites recently has been an avalanche of crazy events occurring daily in our world. What once would have been labeled as unbelievable and off-the-hook shocking has become ordinary and accepted. From beheadings and unspeakable cruelties being perpetrated upon ordinary citizens in far away countries to rioting and looting in the name of "justice" and "fair play" in our own country, we should all stop and consider what is going on. Check out some of the crazy headlines and stories from local news sources from this week:

How is it that absurdity and evil seem to be running a muck with no end in sight? Many Christians believe that this is the fulfillment of Biblical prophecy concerning the Last Days where evil increases with no end in sight. They believe it is a time when men's hearts will grow cold and lawlessness will increase. This fatalistic worldview of what they think the scriptures teach many times emasculates the gospel and renders the church as obsolete and justifies the withdrawal of the church from society and its problems.


On the other hand, I do not believe that this evil we witness is inevitable and determined in scripture. Yes, we find these verses in scripture, but I do not believe they apply to our day and time. Sure there are scriptural principals and commands that when violated bring about God's judgment, but many of these scriptural warnings were directed toward first century Israel and not 20th century America. I do believe, however, that we as Christians and the church have a very hard but glorious job still ahead of us. This job entails the preaching of the Gospel and the disciplining of nations with the good news of Jesus Christ and His word. Prior to that however, we need to learn what the Bible says and learn to walk it out ourselves. We tend to be good at citing a certain few Scriptures or taking them out of the historical and time context they reside in and applying them to our day and circumstances - unfortunately many times with disastrous results.

Over the past 50 years, we have witnessed  the removal of TheTen Commandments and God's Word from the public eye. Whether it was in the public school system or in the public domain, God's commandments and Holy Word have been systematically removed, all in the name of "separation of church and state," "freedom of religion," "tolerance," and "diversity." Once God's commands are jettisoned out of fashion, someone else must make the law to which we all conform. Instead of relying on God's unchangeable and secure law, we piece together a consensus of "law" more in step with the modern mood and temperament. Like drunk Steve in the above video, we loosely string together a group of laws that incite and promote ungodly behavior and then we object when someone with common (Biblical) sense comes along and questions our motives and behavior.


Laws such as homosexual (excuse me - same sex) marriage, abortion, recognition of blaspheme as free speech, euthanasia, socialism, immigration, human rights not derived from God, and a host of other "shopping cart laws" are logically held together by a flimsy cord of feelings, popular opinion, or judicial edicts. Like the beer in Steve's stolen shopping carts, it may bring a supposed time of enjoyment and excitement, but its intoxicating effect will soon wear off. When it does, we will be left with a headache the likes of which we never imagined. 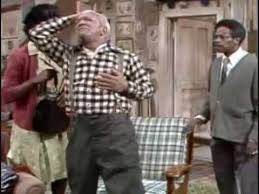 Without the secure foundation of Christ's words in our lives and in our nation, determining right from wrong, good from bad, and truth from falsehood will be impossible. New ideas will emerge to undermine society and form the foundation upon which society and individual lives will be built. These "new laws" will ultimately lead to the collapse of any society built upon that foundation of sand.


Our jobs as Christians is daunting. Changing hearts and minds is a tough job, but with the help of the Holy Spirit and God's Word what is impossible with man is possible with God and the reconstruction of our nation can be accomplished. May God grant us the strength, wisdom, and ability to do the job properly and not with shopper-cart theology so commonly blindly taught and accepted today.