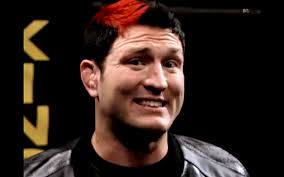 
While recently watching a panel discussion on the Bill Maher show, the television commercials about "Mayhem" came to my mind. Bill Maher, for those unfamiliar with his cable syndicated television show, is a famous mouthpiece for the "political left" in this country. He supports almost every left wing cause and champions its support unabashedly on his Real Time with Bill Maher television program. He does from time to time cross the DMZ of leftist demarcation and questions leftist thinking or action/inaction on some social or political idea or movement. He describes himself as an agnostic and constantly lampoons religious ideas and actions. He paints with a very broad brush in his critiques of "religion," but is constantly pontificating about what is right and wrong.

The reason I thought about the "Mayhem" Allstate television commercial while watching Bill Maher's show was because of a "discussion" he had with Ben Affleck. Bill had a panel discussion with Sam Harris, Ben Affleck, Michael Steele, Nicholas Kristof, and himself about Islam and its teaching and political agenda. The only "conservative" voice on the panel was Michael Steele. Sam Harris, who himself is a card carrying liberal and a famous militant atheist, began rebuking liberals for their failure to speak out against "Islam" and the "liberal principals/rights" they deny their and other people. Sam was pointing out that liberals were inconsistent and selective when it came to criticizing Islam and their refusal to recognize "liberal" rights. Islam in the minds of many liberals somehow gets a break from any of their criticism. When Sam makes that point, "Mayhem" shows up in the person of Ben Affleck who wreaks "Mayhem" with the discussion. Watch the following clip and follow the "rational, respectful, and objective discussion" that ensues among these enlightened liberals and their ideas about Islam and its practitioners.


The problem with "liberal and much conservative thinking" is that it based on a humanistic determination of what is right or wrong. The ideas change with the times and what was once considered right is now wrong and vice versa. Feelings dominate the thinking and action of most of these people and as their feelings change, their thinking changes. Jesus warns us in Matthew 7:24-27 about this kind of thinking when he says:

All thinking that is not based on the Bible as God's revealed word will crash when the rain falls, the flood comes, or the wind blows against it. Bill Maher and his panel of distinguished liberal guests are excellent examples of unfettered commentary about any subject that is not directed by the sure foundation that God's Word provides. Bill Maher's panel discussion is a small microcosm of what is happening in the "world" of popular ideas. When there is no objective standard to which an appeal can be judged, then one's opinion is just as valid or invalid as anyone else's opinion. Unfortunately or fortunately for Bill Maher, he is standing up for and defending a Biblical view of the world even though he doesn't know that's what he is really doing since he is inadvertently appealing to some sort of standard that he assumes everyone agrees with. When Ben Affleck begins to express his opinion and incredulity about Bill and Sam's views, "Mayhem" breaks out and liberal tolerance is exposed!

As the Kingdom of God continues its world-conquering theological mission, all thoughts, ideas, and philosophies will be exposed for what they really are and left buried in the dust bin of tragic history. Debating with liberals and many conservatives about right/wrong, truth/lies, and correct/incorrect ways of life can be just like dealing with an insurance company representative when mayhem strikes - exasperating! As we continue to witness the collapse of knowledge that is falsely called that (1st Timothy 6:20), we can rest assured that our view of the world and its history is correct, is true, and will stand the test of time. These theological assumptions will continue to undermine our society and clash with those that seek to overthrow them in a very violent winner take-all battle. There will however, ultimately be only one winner. The question that needs to be asked is: When this "Mayhem" strikes, will you be in good hands?"