From Beast Mode to Toad!


Superbowl 49 will forever be remembered as THE most perplexing Super Bowl game of all time. With just under 30 seconds to play in the game and trailing 28-24, the Seattle Seahawks had just marched down the field to New England's one-half yard line aided by the best catch possibly ever made in professional football!


After a run from New England's five to the one half yard line by Marshawn Lynch, Seattle had a second down and one-half yard to go for a touchdown and Super Bowl victory. Everyone watching the game instinctively knew that Seattle would give the ball to Marshawn Lynch on the next play. Marshawn, also known as Beast Mode for his very physical running style, had bruised and battered New England's defense all night, rushing for 102 yards on 24 carries. He was a human wrecking ball and had not been thrown for a loss all season! He was Seattle's go to player with the game on the line. With 30 seconds to play, one time out left, and three downs to score, it appeared Seattle would be celebrating their second Super Bowl victory in as many years and New England would return to the northeast bullied, bruised, befuddled and "deflated"!


But as old Pentecostal television/radio revivalist R. W. Schaumbach used to say, "Don't touch that dial!" To the surprise of everyone, and I do mean everyone, Seattle did something nobody expected - they tried to pass the ball! In the process, Malcolm Butler stepped in front of the pass and intercepted it, ending Seattle's chance for a victory and a place in Super Bowl history. The interception was so spectacular and unexpected that commentators, fans, and Nick Medrano were left shocked, bewildered and just plain sick to their Seahawk-loving stomachs over what they just saw!


Questions immediately rang out from the game announcers and all who watched the dumbest play call in all football history: What just happened? Why did they throw the ball? What were they thinking? Shock and pandemonium broke out on the field as New England took a couple of knees and punches to the head and ran out the remaining few seconds. The Seattle players and fans were totally stunned! Defeat was truly pulled from the jaws of victory in this bizarre conclusion to the 2014-15 football season.


While thinking about the final outcome of this crazy game, I could not help but see some similarities between the ending of the Super Bowl game and the modern day church. Being armed with the power of the Holy Spirit and the assurance that "nothing formed or fashioned against us can stand," we have given up on what has gotten us this far and have retreated to running trick plays, deceptive ploys, or methods that are "new," "innovated," and "exciting." Instead of buckeling down in prayer, running hard in our Bible Study or pushing back hard against the forces of darkness in our spiritual and cultural warfare, we start to depend on "ear tickling messages," "psychological styles of preaching," or "dependence on Gallup Poll results." We have left the tried, true, and sure for programs based on human ingenuity and methodology! 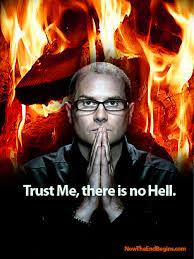 With the surrender or neglect of our heavenly-sent spiritual weapons, we have become passive, acquiescing, and emasculated in our cultural and spiritual challenges. Instead of confronting and challenging the current culture with the truth of the Gospel, we have become like "Toad" in American Graffiti-nerdish, mousish, and continually bumbling important opportunities.


As 2015 moves forward, lets pray that the church returns back to its "Beast Mode" style-crunching and smashing its opponents into oblivion with a take no prisoners attitude. The goal line is right in front of each one of us and victory is within our grasp. Let's not squander the chance we have been given by God by "passing off to someone else" or preparing to go into battle like David with King Saul's unfamiliar and bulky armor. Let us dig in and run straight ahead with total abandon fully expecting the opposition to "sell out" trying to stop us. May we never abandon who we really are or what got us to where we're really at.  Resorting to "trickeration" will only end up in stunning shock and jaw dropping defeat-just ask Seattle - the new "toads"!